The Ultimate Guide to Dating Apps

With the plethora of dating apps we have to choose from, how the hell do we figure out which one to potentially waste our time on?

Lucky for you, I’ve given (too) many of them a try. I’ve also asked friends and matches on each of the apps why they do or don’t like certain apps… so these findings aren’t just my own.

However, I’d like to stress before we get into anything, that in the end, which app you decide to toy around with really depends on you and your needs (duh). So here are five things to keep in mind:

I’ve been using Bumble for literally YEARS. I waited for it to be released on Android and immediately jumped into the hive. Is it worth the hype? Well… 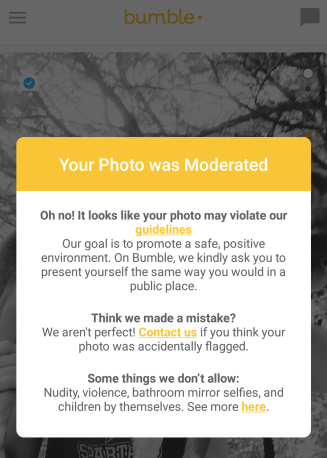 I’m just gonna say that this one is currently my favorite.

If you’re not super serious about dating (or dating a specific type of person), this one is pretty useless.

I realize there are many apps (Tinder, Plenty of Fish, etc.) that I’m not including here and… well, that’s because they’re not worth it, in my opinion.

Tinder is, as we all know, a cesspool. If you want a quick fuck, download that, but otherwise, I’d weigh the pros and cons of these apps based on what you’re looking for, and go from there.

And you know, if all apps fail, you can always go out in public to meet someone IRL.